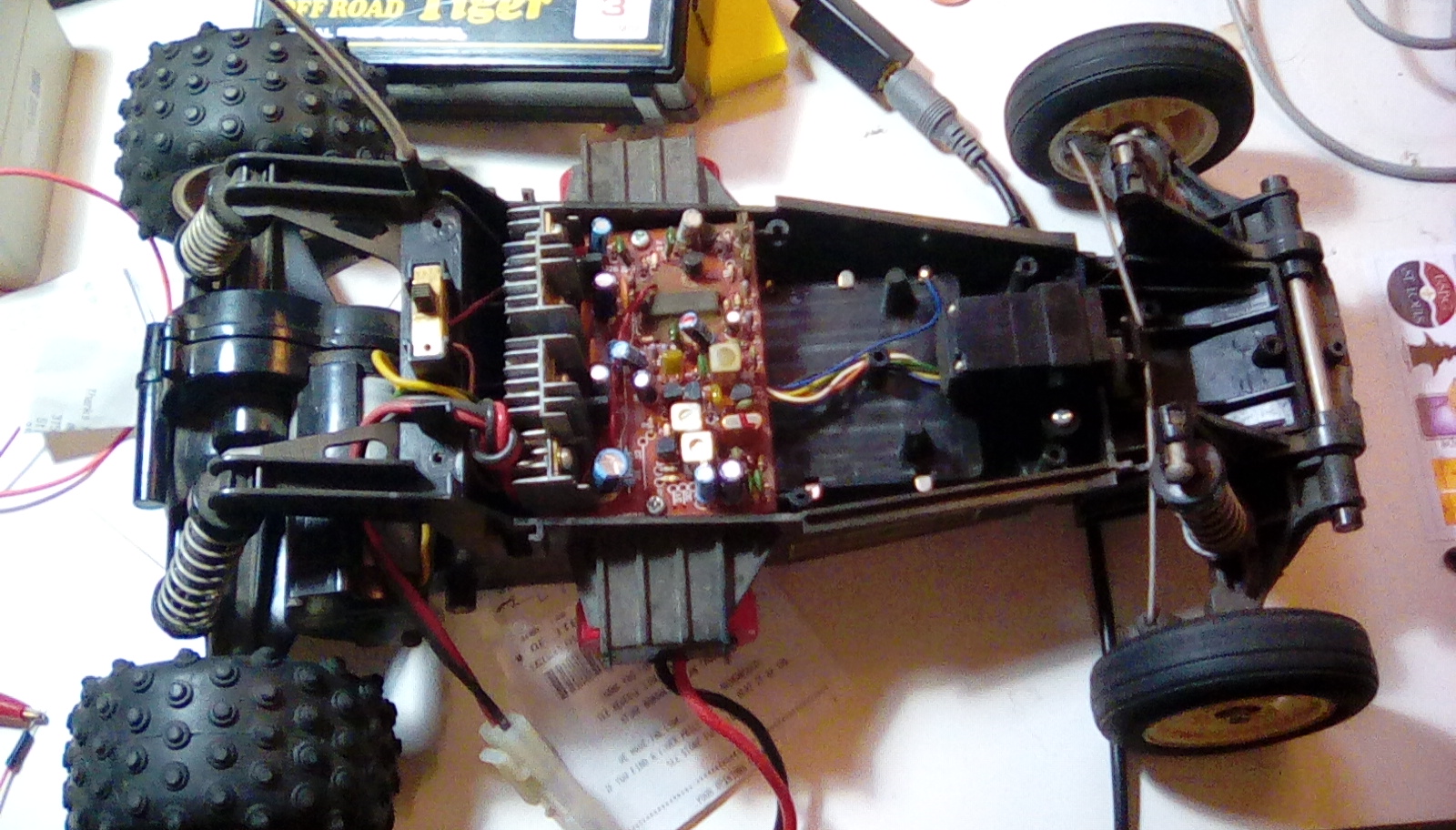 The battery was old and needed to be replaced. No problem, Amazon to the rescue.

The RC control circuit board is too confusing for me to re-use any of it. Oh well, no big deal, I'll get a motor driver board.

The steering servo has 6 wires. Modern servos have 3 wires - Vcc, Ground, and a PWM signal for the rotation target. The 6-wire version is apparently an old-style "brainless" servo, so you have to handle the control and feedback (via potentiometer) yourself. Oh, and did I mention it's not a standard size? And that the rather nice, intricate steering mechanics that attach to it won't mount to a standard servo without modification? Well, that's true.

There are two different ways to solve this problem, and I think which one you choose is indicative of what kind of engineer you are (or should be). You can modify the hardware and mechanical linkage and just swap in a new, modern servo, or you can take the old servo apart, figure out the wiring, put it back together, cut the wires, cannibalize a modern servo for the control circuitry, and (assuming the motor requirements and potentiometer resistance are the same) wire the old servo up to the new circuit. The mechanical engineer modifies the hardware and puts a new servo it, while the electrical engineer keeps the mechanics the same but swaps out the electronics. While it does seem like more work, I went with the EE solution, because I am definitely NOT a mechanical engineer.

Now I just need to pick out a compatible motor driver. But what are my motor requirements? I don't know - it's not like it has a datasheet or part number. To find out, I cut one of the wires running to the motor and measured the current on my multimeter. It is important to measure the current under load, and at a stall, as well as looking for any spikes in current (I think). Under no load, my motor pulls about 1 amp, but under normal driving, I expect around 3 amps, and under a stall, it pulls about 7 amps. So I think that means I need a very beefy motor driver. This may not save me all that much money in the long run.

And that's as far as I got tonight. I'll post more about the overall goals and project plan in a few days... Oh, I guess I did learn one more thing: 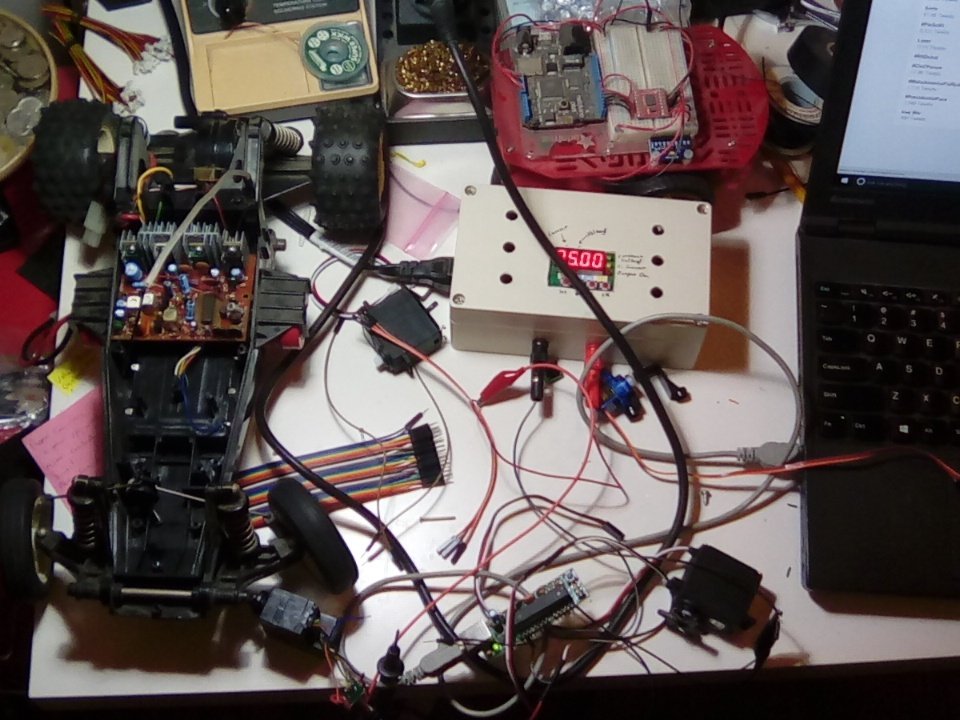 I really need to clean my desk.